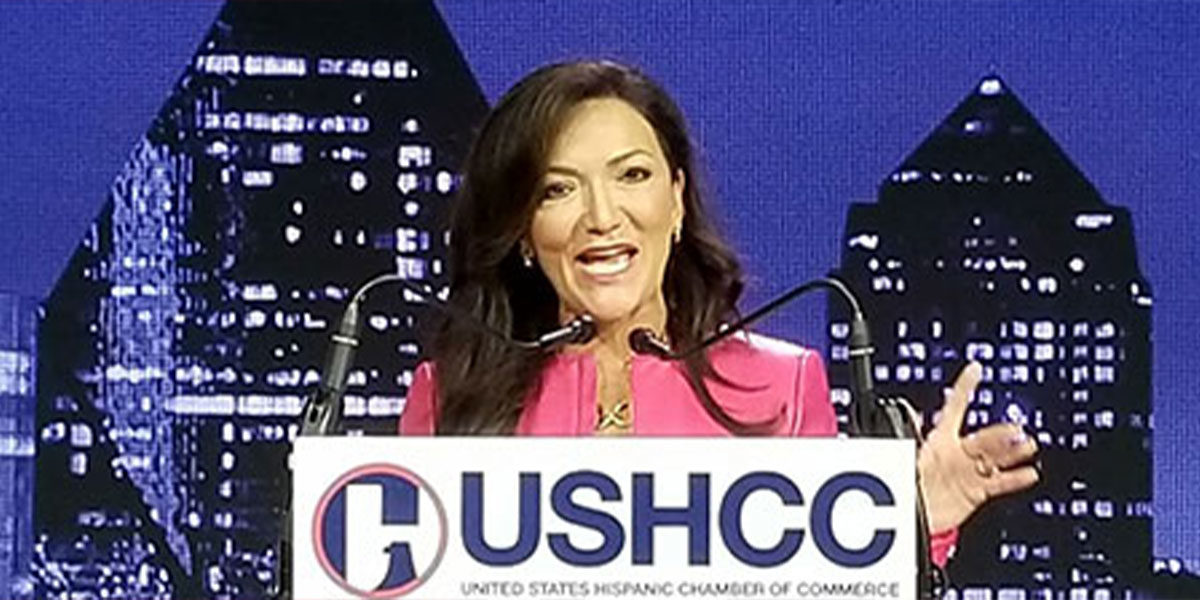 Until this year, the last time the United States Hispanic Chamber of Commerce National Convention was in my hometown of Dallas, was in 2010 and things have certainly changed.

Seven years ago, I’d just started as Chairman of the Chamber. Now, I’m Chairman Emeritus, and Chairman of the USHCC Foundation. The Chamber has since expanded – it now promotes more than 4.2 million Hispanic-owned businesses, generating more than $668 billion for the U.S. economy. We came together Oct. 1-3 for another convention – the largest gathering of Hispanic business leaders in the country. It was truly an honor to be at the forefront.

The convention is all about education, celebration, and inspiration. We offered workshops and praised countless corporations that are doing business with Hispanic business owners because we understand that by growing the Hispanic enterprise economy, we’re growing America

One of the best moments, for me, came at the end when we rewarded leaders in our country, like Ralph de la Vega and Rudy Beserra. All eyes at the gala turned to these mentors as they took to the stage that they worked so hard to get to. Rudy, Coca-Cola’s Senior Vice President of Latin Affairs, received the rare and highly lauded “Lifetime Achievement Award.” Ralph, former Vice Chairman of AT&T, received the Ohtli Award, the highest distinction that the Mexican government can award to a non-citizen. I’m so proud of these pioneers.

The future, though, rests with our youth. A talented group of them competed in USHCC Foundation’s BizVenture Collegiate Entrepreneurship Competition. Each college student worked tirelessly, drafting plans to launch their own businesses. The BizVenture program is integral in creating a pipeline of Hispanic youth in America so I’m delighted that I got to announce the winners. Southwestern University student Donte Houston earned the top scholarship for developing incentive-based technology to deter texting while driving. Students who put their phones down while they’re behind the wheel will receive funds for their high school to go towards things like prom. Keep an eye on this generation. They’re already implementing world-changing ideas.

Several young leaders took it upon themselves to do something for our brothers and sisters in Puerto Rico, which remains ravaged after Hurricanes Irma and Maria last month. When the organizers sought my help, we made it happen, coordinating efforts for a text to pledge campaign in a matter of hours. The drive galvanized the crowd, reining in more than $35,000 in pledges in a matter of minutes. Since then, the figure has just kept rising. Funds will go towards United For Puerto Rico, an initiative created by Beatriz Rosselló, Puerto Rico’s First Lady, in collaboration with the private sector. Gov. Ricardo Rosselló personally extended his thanks, saying, “Puerto Rico will reemerge stronger and better with your support!”

The convention also involved highlighting female trailblazers, a mission near and dear to my heart. The Women in Business & Leadership Luncheon offered a unique opportunity to lift women up, which we need because unfortunately, the statistics aren’t on our side. Seven percent of venture capital funding goes to women and when you talk about minority women, that figure drops to 0.02 percent. My message to the thousands in the audience, though, was don’t get mad, get motivated because when women get motivated they can really create change.

Among the accolades given at the luncheon were the naming of At The Table’s 2017 Enterprise Accelerator participants. These three women were chosen for rising through the ranks of their industries. Throughout the year-long Enterprise Accelerator program, each of them will receive guidance that’s tailored to their individual business goals. As founder of USHCC Foundation’s At The Table initiative, it invigorates me to see it help such passionate women progress. I can’t wait to follow these participants as they succeed. Their contributions as entrepreneurs will spark growth in their communities for years to come.

I look forward to another influx of inspiration at next year’s convention, but first, we’ll continue celebrating at the USHCC Foundation Gala next month. Attendees at the Morton H. Meyerson Symphony Center in Dallas Nov. 9 will pay special tribute to female entrepreneurs and veterans who have launched their own businesses. I can’t wait to honor these people who tie our communities together!