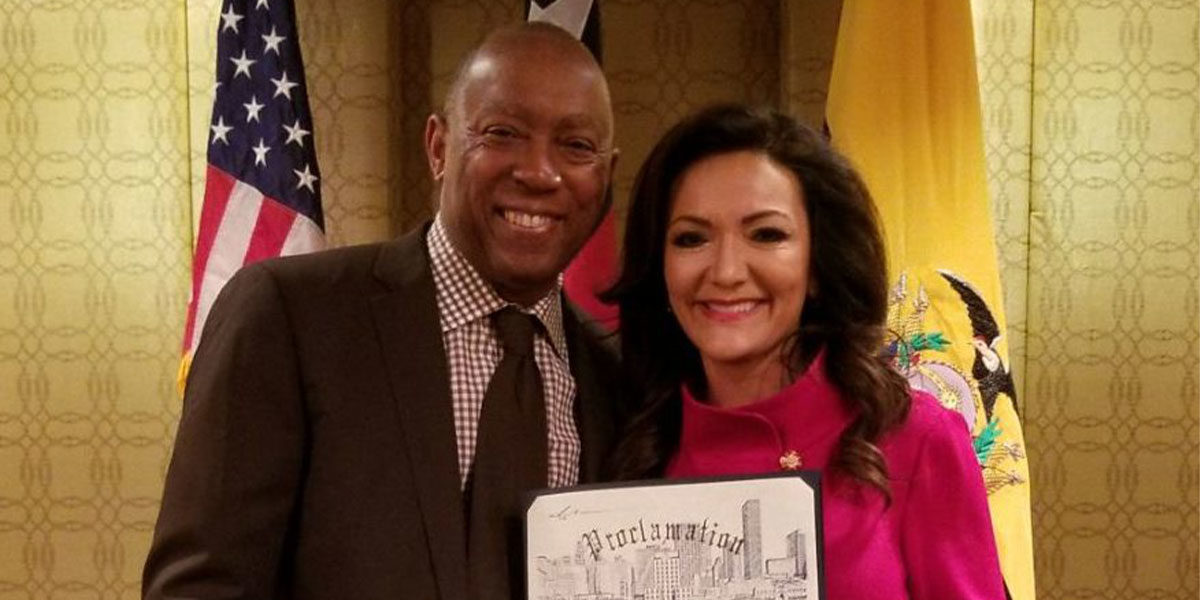 The mayor surprised Nina Vaca, Founder, CEO & Chairman of Pinnacle Group, with the recognition before she was named Woman of the Year by the publications.

Another 16 outstanding Latinas were also awarded in different categories for their accomplishments and dedication to the community. The luncheon at the Four Seasons Hotel recognized the important roles and contributions these women have made in the areas of politics, entrepreneurship, education, culture, arts, mass media, science and sports.

The event also commemorated International Women’s Day, which celebrates the many contributions women have made around the world.

Along with the event, Vaca was featured on the cover of the March edition of Solo Mujeres, a local Spanish-language magazine for women.

After accepting the award, she presented a check for $11,000 from the Nina Vaca Foundation to Solo Mujeres’ nonprofit, the Latin Women Empowerment Foundation. In honor of it being the 11th annual event, the fundraising goal was set for $11,000. Seventy-five people contributed to this cause, which will help deserving Latinas grow as leaders in their industries and their communities through continuing education.