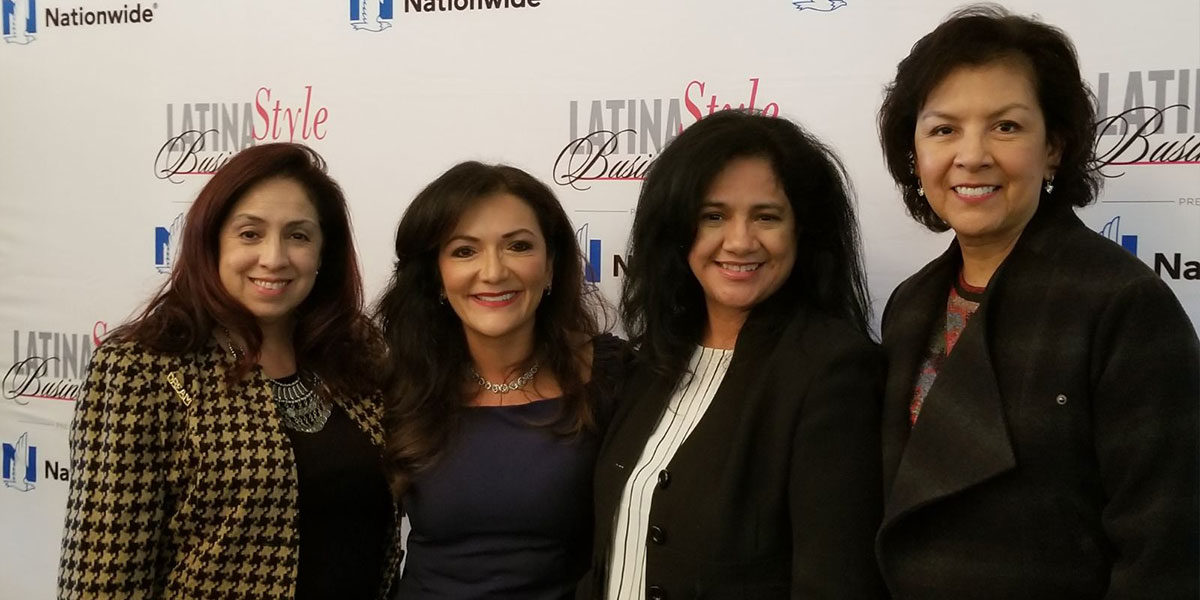 During the 20th Annual Latina Style Business Series, Nina Vaca served on an Entrepreneur Spotlight panel about strategies for success April 5 at AT&T Headquarters in Dallas.

The talk was moderated by Claudia Torrescano, a PR consultant and former Director of Community Affairs at Univision Radio. The other panelists were Pat Alva-Green, Founder of Alba-Green Coaching, and Patricia Rodriguez-Christian, President and CEO of CRC Group Expediting Business Services. Moments before the panel, Rodriguez-Christian was named the Latina Style Entrepreneur of the Year.

The chat focused on the lessons the panelists have learned throughout their careers. Each of them discussed the importance of building a strong network.

Nina said her biggest motivation isn’t competition, it’s herself. Instead of comparing herself to others, she tries to be the best version of herself, and it’s no different in business.