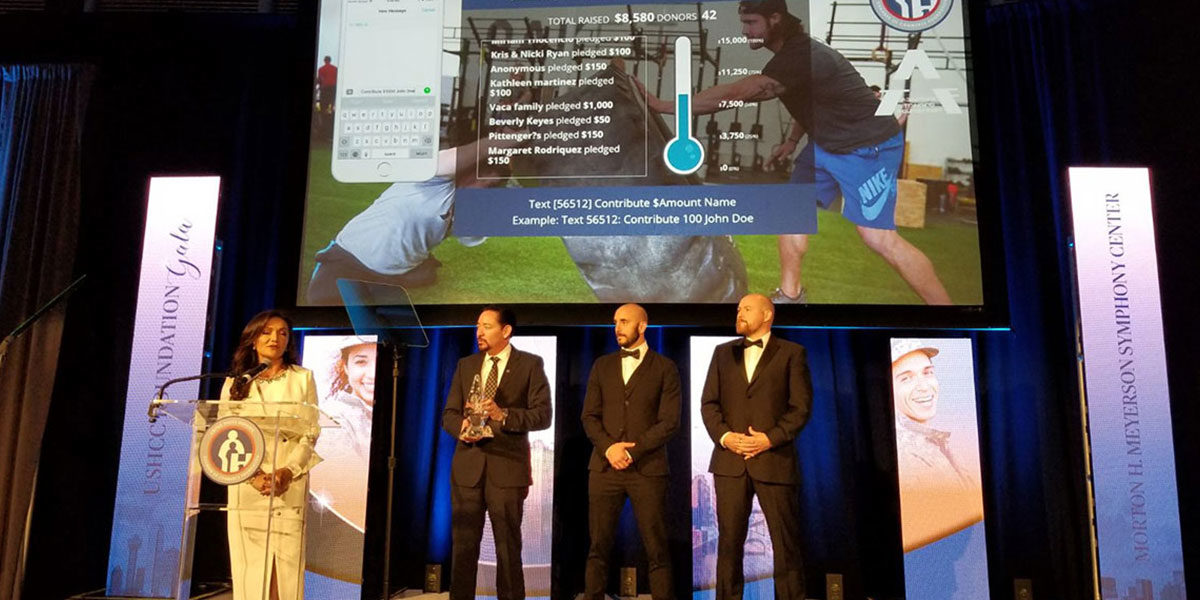 Contributions from the event support the Foundation so it can provide programs and scholarships for thousands of Latinos in business each year. Pinnacle Group CEO & Chairman Nina Vaca, who serves as the USHCC Foundation Chairman and USHCC Chairman Emeritus, thanked AT&T Business CEO Thaddeus Arroyo and AT&T for being title sponsor.

This year’s event celebrated the Latino business community’s diverse backgrounds and the power of the entrepreneurial spirit. The Foundation specifically honored female entrepreneurs and military veterans who have launched their own businesses as they transition back into civilian life.

David Vobora won this year’s Humanitarian Award. Vobora, who was the last pick in the 2008 NFL draft, went on to play in the league for five years. He received this year’s award for launching the Adaptive Training Foundation, which develops specialized athletic training for veterans and other people with physical impairment.