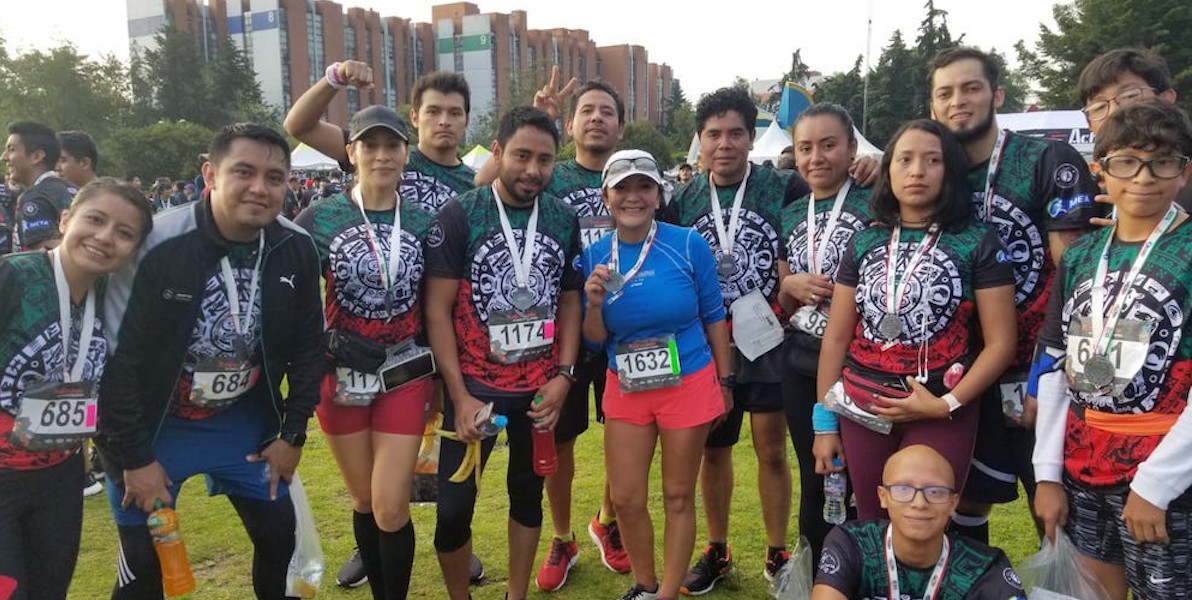 I’m a competitive triathlete and I love trying to beat my best time, place in my age group, and finish as strong as possible every time. But sometimes I enjoy participating in races that aren’t about the distance or the placement. It’s nice to forget about how fast you get to the destination and concentrate on the journey instead. When I get the chance to do this, my mindset changes completely and allows me to really let loose and relax while getting some great exercise.

This is also really beneficial when it comes to fitness while traveling. I’ve written about both my travel fitness routine and my morning routine while I’m at home. But I must admit, it can be hard to stay motivated out on the road. Sometimes your mind and body just want to stay in the hotel room. That’s where finding a race in town helps solve two problems at once. You’ll be motivated to go out and have a good time by seeing the city you’re visiting, and you’ll be getting exercise.

”Fun runs” are races that are just for the joy of participating. I’ve run in them in several different cities and countries. When I was in Mexico City recently, I was fortunate enough to time my trip with the MEXICORRIENDO 10K Race and I decided to open myself up to the adventure of exploring the course and the city itself. I wanted to embrace the culture and scenery and make some memories. While I had seen some of this magical city in the days prior to the run, I never would have gotten to drink in all of the quirks and vibrancy of it if it wasn’t for this race.

When we arrived at the starting line there were some energetic group calisthenics to get the blood pumping, they blasted music throughout, and at the finish line there was dancing. It was quite the party! It reminded me that races aren’t always about being competitive.

If you already love fun runs, I have some tips on how to make the most of them. If you’ve never done one, let me be the first (and most enthusiastic) to encourage you to try one as soon as possible! It’s about the journey and the experience, so get out there and get going!

To me, everything is better with friends, so grab a buddy or a group of buddies and do the race together. When you aren’t worried about finishing fast or placing in the race, it doesn’t matter if anyone is faster than the other. Some groups love to dress up in themed costumes for races to make it even more exciting. Costumes also make your pictures even better! (I once dressed as Wonder Woman for a Tough Mudder as part of a team of superheroes — I love looking back at those photos!). It’s all about getting in the spirit and taking in the moment together.

Don’t Take Yourself So Seriously

It’s easy to get competitive and focused as an athlete. When in this mindset the last thing you want to do is joke around. Your mindset for a fun run should be totally different. Making jokes, laughing, and enjoying yourself is the goal. Use this time to embrace your inner child and PLAY! Think back to playing sports as a kid, it wasn’t always about who won or lost. So, turn off that competitor’s focus just this once and let loose. Joke, laugh, and be merry!

Bring your phone and take some photos of you and your friends. Especially if you are in a new city with cool sites to see, make sure to stop your run and take photos with landmarks or interesting people. Often when you run, you’re only concentrating on the next step, the next breath, or how you are doing on time. When something catches your eye, run over and check it out! For a fun run you should be concentrating on the people you’re running with and the surroundings. You’ll never brag about your time in a fun run, instead you will be telling stories of the silly things you did, the wonderful things you saw, and the memories you’ve made.

I’ve hinted at this a few times, but I want to emphasize it: FORGET YOUR TIME. Even if you turn in your worst time ever, you shouldn’t care. If it takes you an hour longer than normal, then think of that as an extra hour that you had that you spent outdoors having a blast! It’s all about putting the “fun” in “fun run.” I can go running anywhere around my house, but how often will I get a chance to run 10 kilometers in Mexico City? The most important thing is the experiences I had while getting some good exercise in one of the most interesting cities in the world. And I don’t regret it one bit!

So tell me, what are some of your favorite memories on a fun run? What do you like to do when you’re in a new city?